Since being diagnosed with leaky gut and blunted brush border (aka nutrient absorption deficiency), I’ve been challenging myself to incorporate as many gut restoring ingredients in my diet as possible.

My hubby & 11 yr old raved so much about this tomato basil soup that they asked me to write down the recipe so that I can make the EXACT replica next time!

What you’ll find in my recipe is typical tomato soup ingredients intertwined with gut restoring ingredients. For example coconut oil can be used to treat occasional or mild digestive discomfort and may even relieve other severe digestive problems. It improves your body’s levels of candida and helps your body effectively absorb the essential nutrients. The best brands are organic, unrefined, and cold-pressed. For my favorite brand click here-> Coconut Oil

6 Ways to a Natural Liver Detoxification

Covid got you drinking and eating more than normal? Or maybe it is causing you to pull your hair out from stress!

Truth: cravings are caused by:

When the body is overloaded with junk from drinking, eating, ingesting chemicals & drugs (illegal/legal), stress, etc. the liver becomes clogged. Think of the liver as a vacuum cleaner, when it’s full of crap it doesn’t vacuum efficiently. Same goes with the liver!

When the liver is working optimally it doesn’t support the body’s natural detoxification process. Did you know your symptoms could be attributed to a clogged liver? Did you know the inability to lose weight or have energy like a kid may be a signal your liver needs a good detox?

I personally don’t believe you need a fancy (and disgusting) colon cleanse or a 7 day... 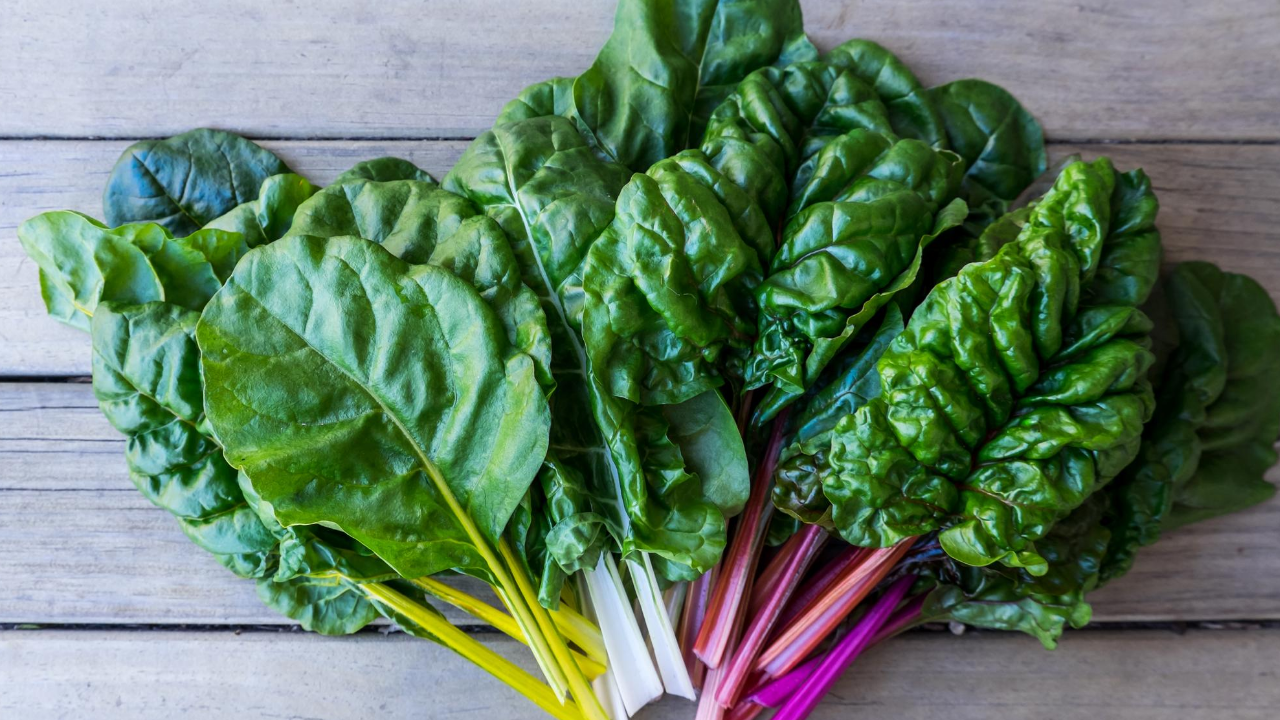 That's right, the simple weight loss solution may be to balance your blood sugar.

As professional working parents we live life at max capacity.  Placing stress on the body spikes blood sugar which releases adrenaline and cortisol. An excess amount of cortisol can wreak havoc on the body and cause several unwanted symptoms such as weight gain, acne, fatigue, irritability, headaches, etc. Stress also breaks down the gut lining causing a whole list of other issues, you can learn all about that in my program RESTORE YOUR GUT HEALTH.

If you go long periods of time without eating it places a lot of stress on an over-stressed body. During this period the blood sugar levels plummet, and you may experience wicked cravings for more food—specifically simple carbs or sweets. If you live at max capacity eating a balanced diet every ~3 hours will help to balance blood sugar levels and may prevent disruption of your body’s functions and help...

Kombucha for Weight Loss Plus Cocktails!

Confession: the extra fizz in my cocktails isn’t sparking water or soda, it’s kombucha which supports my gut healing journey!

Kombucha is an ancient Chinese drink that was known as the “immortal health elixir.” It has been used for fighting degenerative diseases and illnesses for over 2000 years and is finally growing in popularity. And why not - it makes the BEST mocktail cocktail!

Kombucha is a type of sweet tea made from a fermented yeast called SCOBY, or a symbiotic culture of bacteria and yeast. SCOBY is sometimes referred to as “the mother and the mushroom” due to its reproductive rate and mushroom-like shape. It is delicious, refreshing, and loaded with benefits.

Kombucha provides a wide variety of healthy antioxidants which boost your immune system and help your body fight disease and illness - yes please! 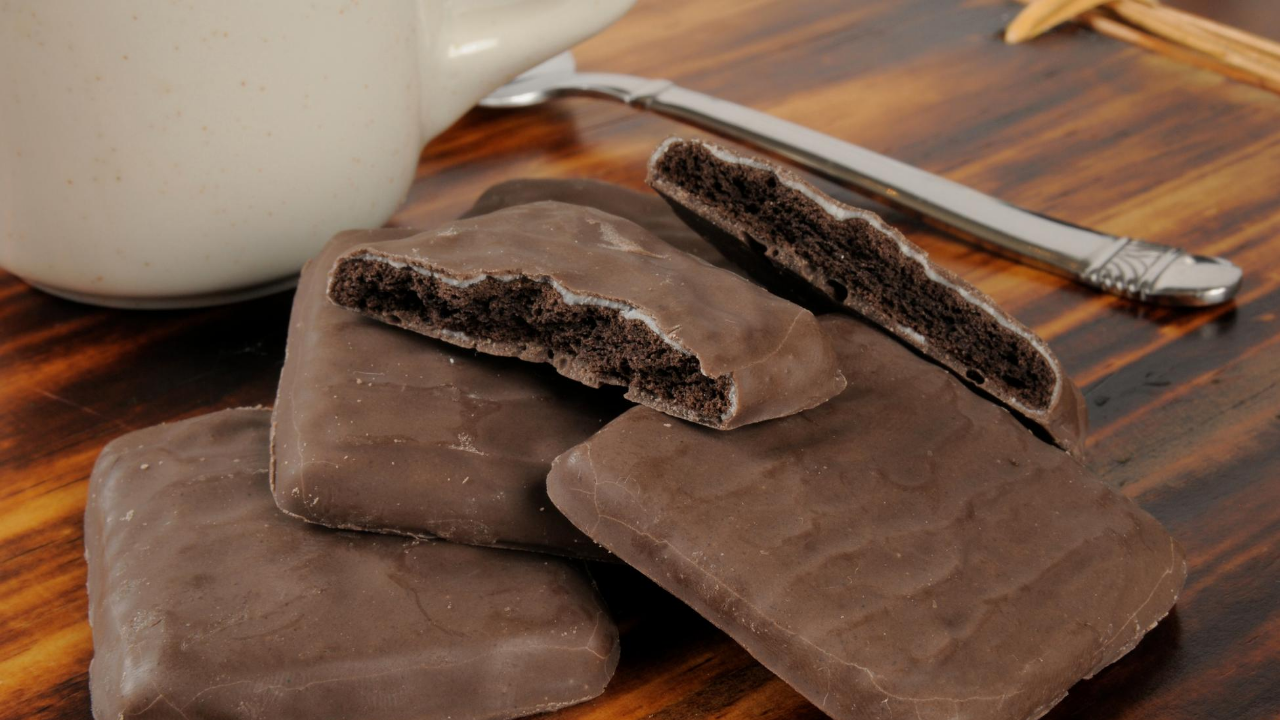 Here’s a few of my new favorite product picks:

Seriously, why was I so against getting a Ninja Foodie? It’s FREAKING AWESOME!!! Honestly, we have EVERY kitchen gadget known to man and can easily open a small restaurant tomorrow. I cringed thinking about finding an open spot to store the Foodie. But, my SIL strolled in with a gift for my hubby and poof - we have a Foodie!

People are raving about this product and I couldn’t agree more. I’m a veggie snob and had major doubts about the Foodie but it has stellar "roasting" air frying capabilities. I may never use my oven again! I give this kitchen gadget an A+. Easy to clean Reduces cooking time Tastes the same

If you’re in the market, I’d recommend the Ninja Foodie with the pressure cooker like this one -> FOODIE it makes...

The Best Smoothie for Gut Health 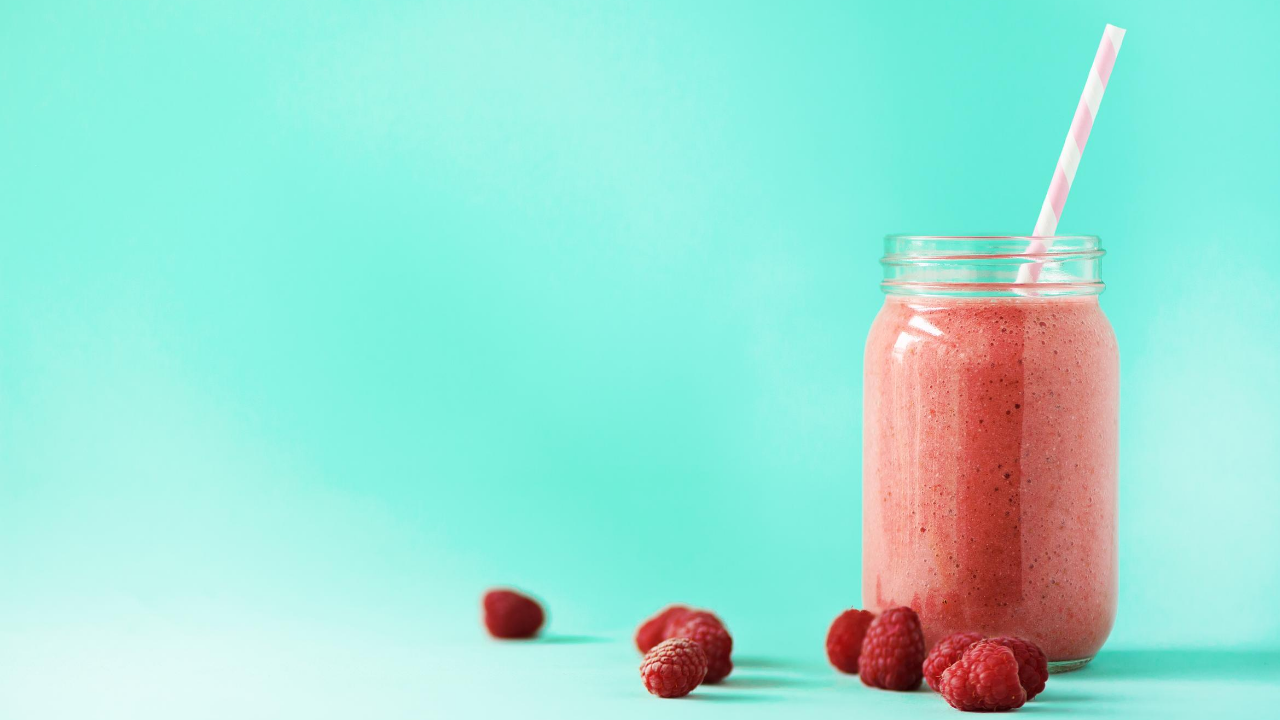 Are you at war with your gut and determined to win or have you given up and are convinced nothing will work???

I almost called mercy on my gut until I met a functional medicine doctor who guided me to the truth which led me to become a Functional Diagnostic Nutrition Trainee (graduating soon!!) I’ve learned a TON and am still amazed at the science projects which go on inside our body.

One thing is for certain, great gut health takes small, daily actions, and lots of tweaks before you’re feeling like your old self again. Believe me when I say, repairing your gut health can be enjoyable, refreshing, and energizing!

This is why I’m giving you one of my best smoothie recipes for gut health plus the perfect template to make your own concoction.

4 Ways Coconut Oil is Good for Hair and More

My nickname will never be Betty Crocker but I can make a banana bread filled with amazing healthy alternatives that people are completely unaware of. Boom - a health freak’s dream!

Before turning around my wellness I swore coconuts were only used for Pina Coladas - agreed? But, as I started digging deep into my functional nutrition education I became blown away at the benefits of coconut oil.

Coconut oil is one of my secret ingredients when I do attempt to bake but who knew it's also a multi-use wellness product.

I personally think the coolest fun fact about coconut oil is it’s composed of 92% saturated fat, with 2/3 of it being a medium chain triglycerides (MCT.) (1) Now, why is that so cool?

When you eat MCTs, they tend to go straight to your liver. Your body uses them as a quick source of energy or turns them into ketones. The fatty acids in coconut oil can encourage your body to burn fat, and they provide quick energy to your body and...

What Physical Fitness Has To Do With Gut Health 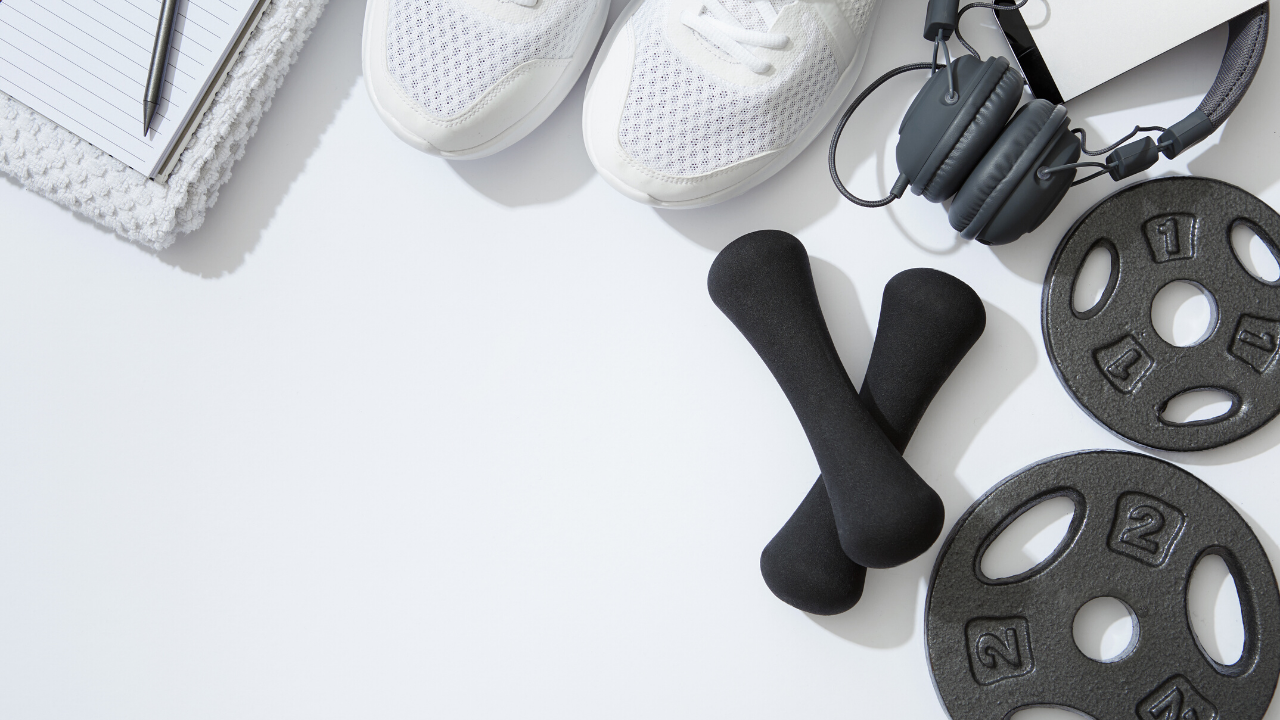 Exercise goes beyond muscle tone and torching calories. Exercise affects your whole body, including your gut. Did you know, professional athletes can show more of a diverse microbiome than their non-exercising counterparts of similar age and weight? Crazy, right?

Moving your body helps stimulate the lymphatic system, which I like to reference as the Immune Transport System. It protects you against infection and disease by removing toxins, transporting healthy fats and maintaining a healthy circulation. I go into depth about detoxing the lymphatic system with exercise and skin dry brushing in my program Restore Your Gut Health Program. Exercise is highly effective in detoxing this system and has other benefits like boosting mood and cardiovascular health.

Exercise helps gut flora by modulating it and increasing diversity. It’s key to have a healthy balance...

6 Ways to Anti-Bloating When Consuming These Vegetables New cravings are awakened each season. The Summer months inspire us to eat loads of cooling foods like watermelon, ice cream, cucumbers, and salads (all types.)

Unfortunately, most salads or veggie & dip platters are served with raw food. Raw food has many benefits but also can be difficult for some people to digest.

Raw food is actually rich in enzymes and vitamins. Most vegetables are easier on the digestive system than cooked food but there’s always an exception. Vegetables in the cruciferous family- cabbage, kale, broccoli, and cauliflower can make it very uncomfortable for people to digest which leads to the stomach bloat and smelly gas.

The cruciferous vegetable family contains high levels of sulfur and fiber which make it difficult to escape the toots! You may wonder why broccoli is considered a superfood. When consumed, the sulfur actually acts as a little soldier fighting against harmful free radicals and providing a powerful detoxifying effect... 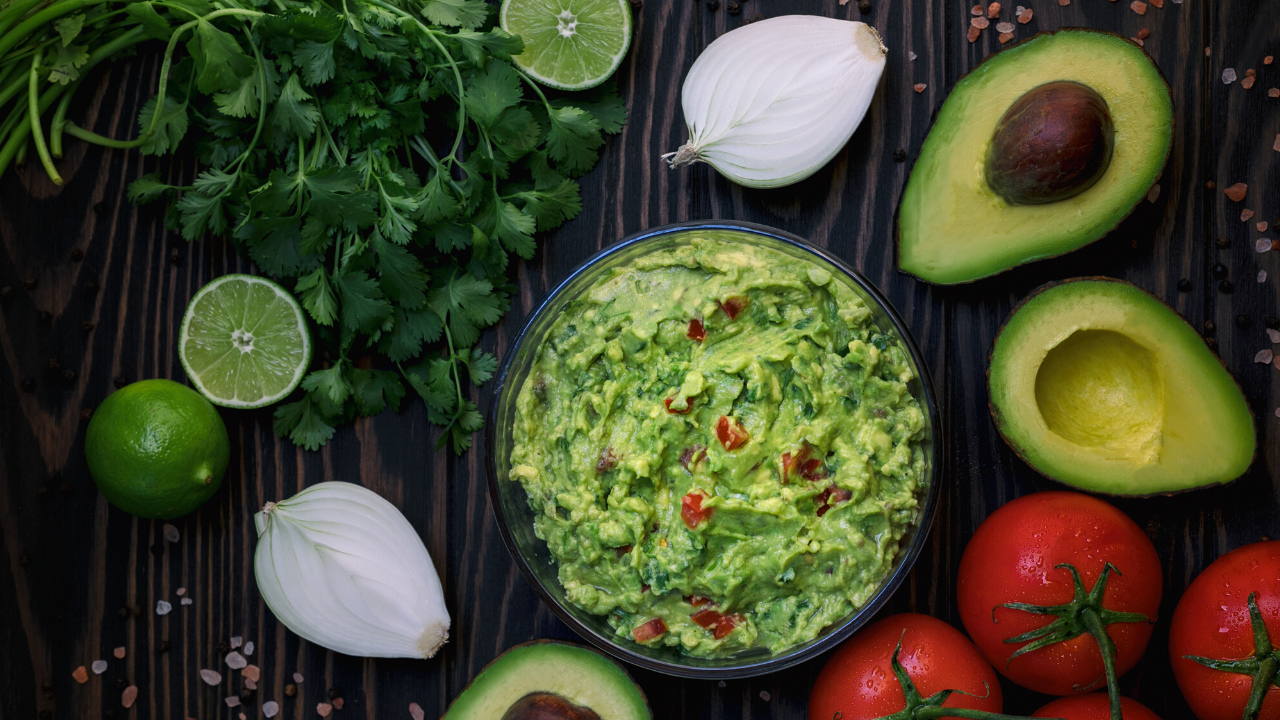 An avocado almost took out my middle finger and not having a middle finger would be sad, ha! The numbness still reminds me of the reality horror flick but, the nightmares didn’t last long because weeks after the accident I went back to eating avocados #momstrong I just couldn’t give up the little green Goddess.

Avocados are one of my favorite healthy fats because it’s packed with vitamins, enzymes and fiber. The lack of digestive enzymes are one of the main contributors in gut health dysfunctions. When the gut lacks enzymes food particles are not broken down properly, nutrients aren’t absorbed, and food may be left to ferment and rot (let’s just say - stinky gas!)

Lack of time is one of the biggest excuses why people don’t invest in their diet. That’s probably why my family has gotten accustomed to not making guacamole and eating avocados out of the shell with pink salt. Not to mention the store bought guacamole is loaded with... 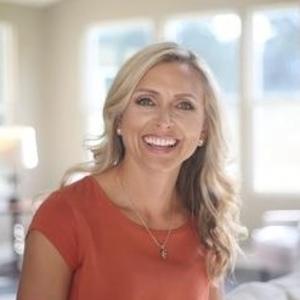 A leading weight loss health coach teaching professional working moms how to lose the stubborn weight gain and increase their energy by improving their gut health. With my simple holistic resources it is possible to ditch the stretchy paints, painful belly bloat, sleepless nights, and teenage ache to focus on the fast-paced life demands. As a certified health coach from IIN & a Functional Diagnostic Nutrition Practitioner (FDN), and a Fermentationist, I'm best known for providing straightforward weight loss news, belly bloat & gut reviving tips, and resources to help you stay consistent in rebuilding the happy you. My 1:1 VIP coaching, online programs, products, and functional lab testing has helped hundreds of overwhelmed women step out of “there’s no time for me,” to “I’m able to feel good while balancing it all.” 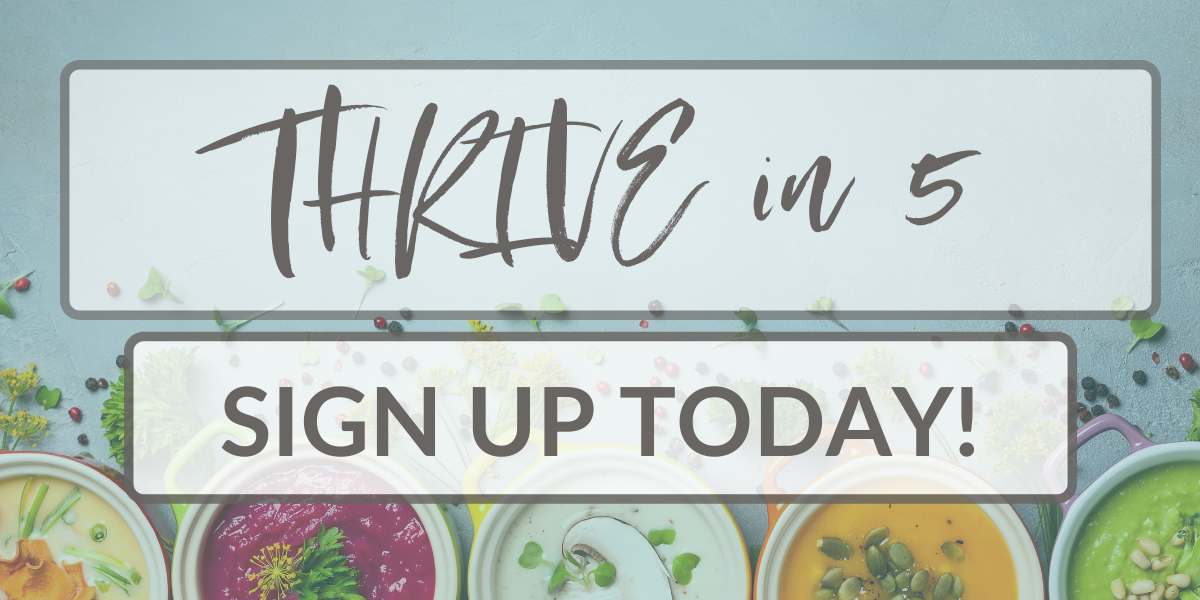 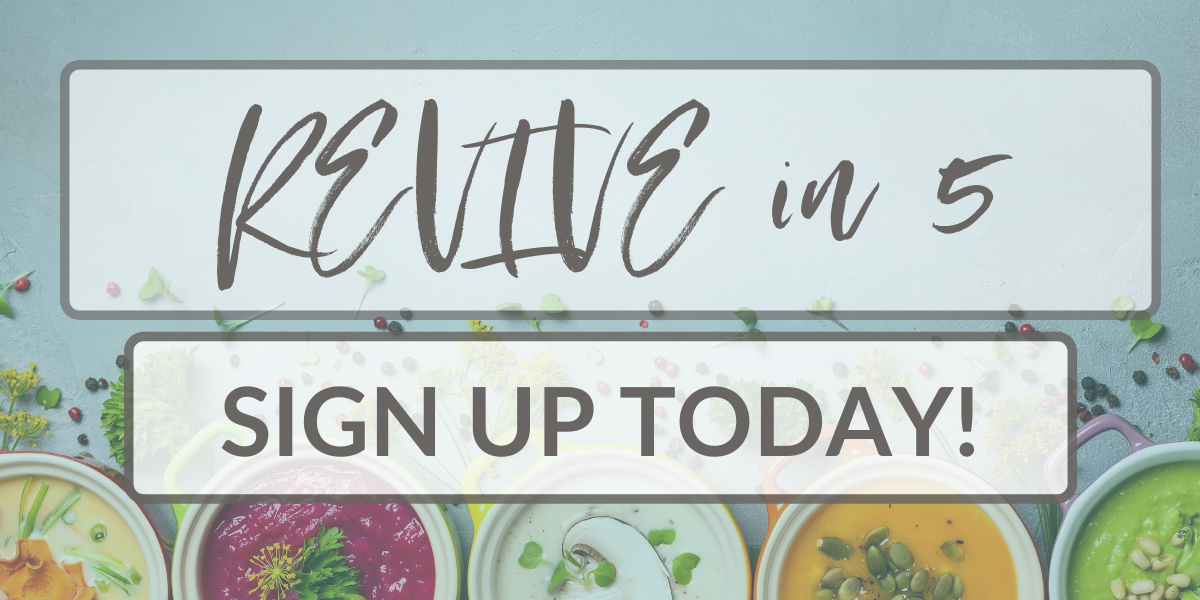